Forgotten Ones Cat Rescue is a team of dedicated, passionate animal lovers who donate their time and effort to help homeless cats and kittens in York Region.

Two individuals have been the driving force behind the charity: Debbie Sauve and Laura Wyatt. 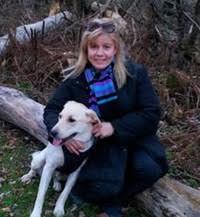 In 2000, Debbie rescued kittens that had been living in a cat colony located behind an industrial plaza in Scarborough. She trapped the kittens and found an animal rescue group that took them into their program. Debbie volunteered her time with the rescue and continued to humanely trap several cats living in the colony. All the cats received veterinary care, the feral ones were released back to their colony, and the adoptable ones were placed in loving homes.

After volunteering for a number of months, Debbie decided it was time to start her own rescue. In December 2000, Forgotten Ones Cat Rescue was officially up and running. The first two cats rescued were from a high-capacity municipal shelter.

Debbie had no idea that the rescue she founded on her own would lead to hundreds of like-minded people joining her cause and to thousands of animals being spared lives of hardship. For more than two decades, Forgotten Ones has continued to come to the aid of cats in high-capacity municipal shelters and in cat colonies, and, when possible, to take in surrendered cats.

Laura has been instrumental in the development and longevity of Forgotten Ones Cat Rescue. In 2005, Laura was looking to adopt a cat. She met Debbie at a Forgotten Ones adopt-a-thon and adopted a cat from the rescue. Greatly impressed with how Debbie was able to help homeless animals through Forgotten Ones, Laura decided to join the organization. Laura’s dedication, hard work, and enthusiasm have been a constant throughout the last two decades.

Together, the animal advocacy work of Debbie and Laura has made a significant impact on their community.

Forgotten Ones is a small, grassroots organization, but the impact our team has had a on the community is considerable. Our accomplishments include: 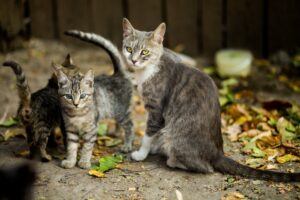 Two breeding cats and their offspring can produce 370,093 kittens over a seven-year period. Forgotten Ones has neutered thousands of homeless cats, which has prevented millions of unwanted kittens being born to a life of hardship and pain.